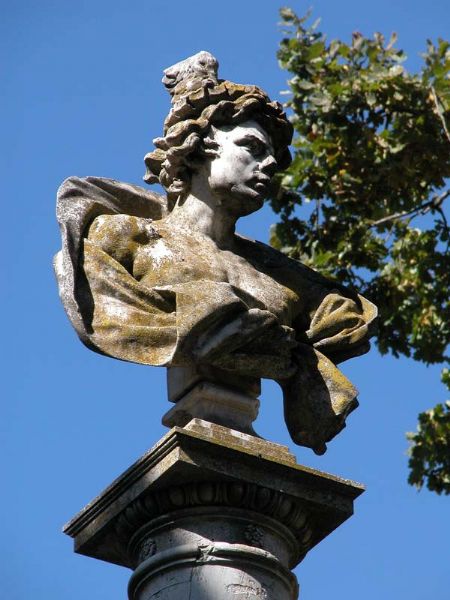 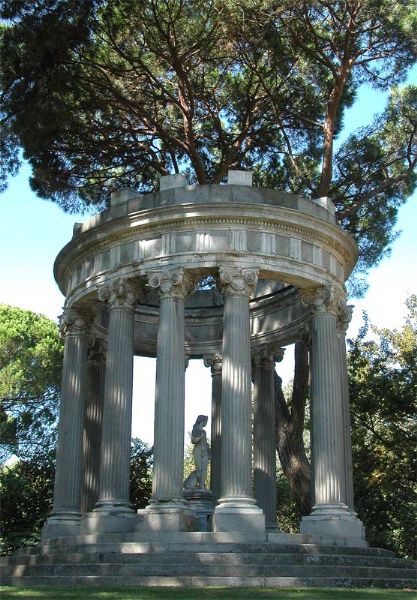 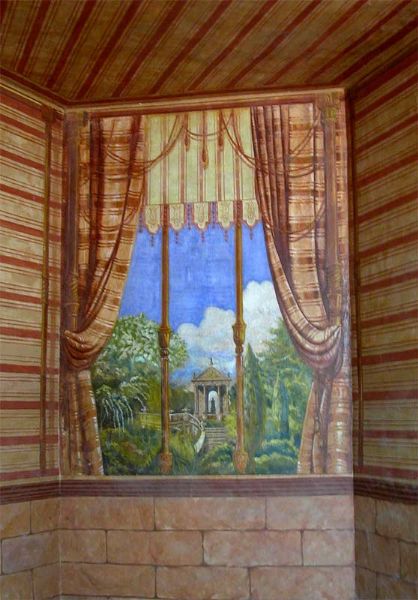 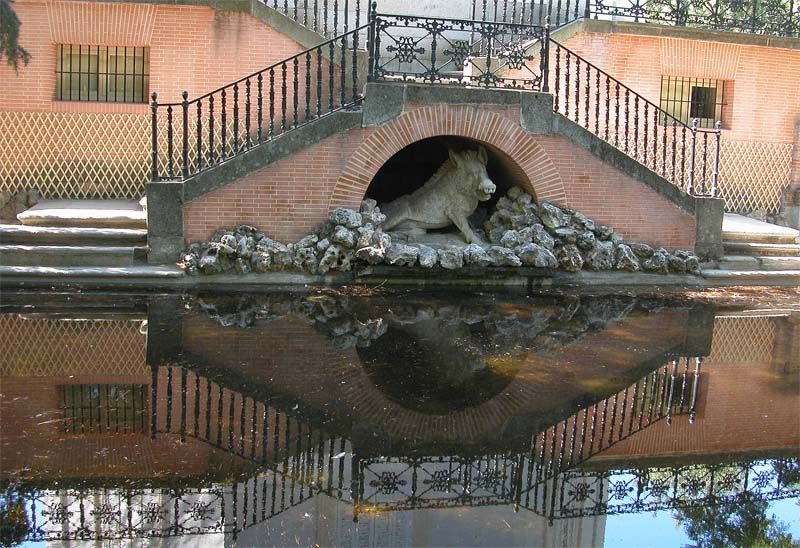 The Osuna was one of the aristocratic families of most noble descent of its time. Educated in the world of literature, music and arts, they bought a property on the Alameda estate at the end of the XVIII century, in order to withdraw from the city and give free rein to their artistic pursuits.

Gardeners, architects and stage set designers worked to beautify El Capricho directed by the duchess herself who organised the games and shows that took place there. With that in mind some provisional constructions were created as well. These structures, called caprichos (follies), were meant to amaze the aristocracy and had to be found in the garden like a game. The experience encouraged them to reexperience the joys of nature.

Among the follies, the most outstanding were:

Moreover, El Capricho was completed by adding a great number of aquatic features, the most outstanding being a stream that divides the garden from North to South and a canal that ends in a lake.

The XII Duke of Osuna was the last member of the family that owned El Capricho. He was a true dandy who left the ducal House bankrupt when he died and all their assets had to be auctioned of in 1896.

In 1920 the Alameda was purchased by the Baüer family and kept in a good condition until being sold in 1939, after the civil war. From then on the estate was totally abandoned until the Madrid Council took charge of it in 1974, beginning the restoration some few years later.