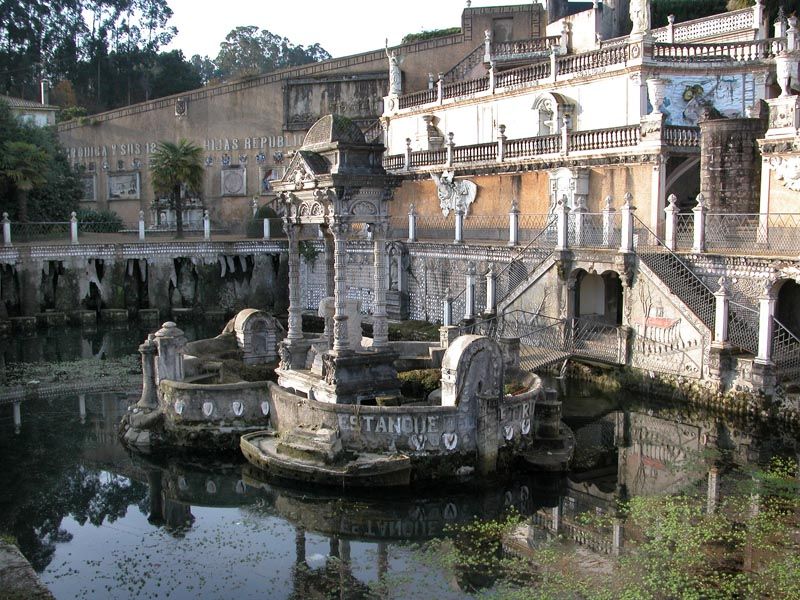 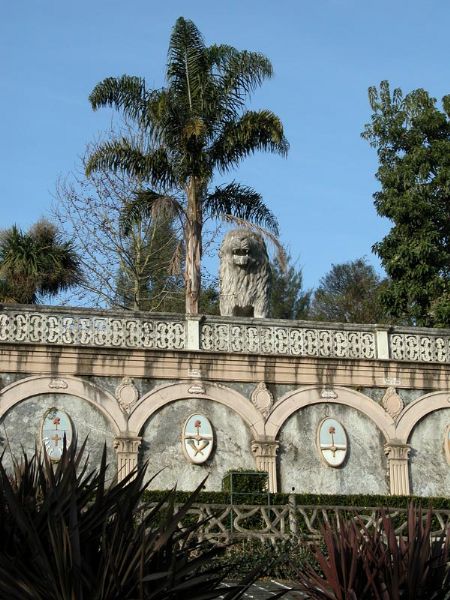 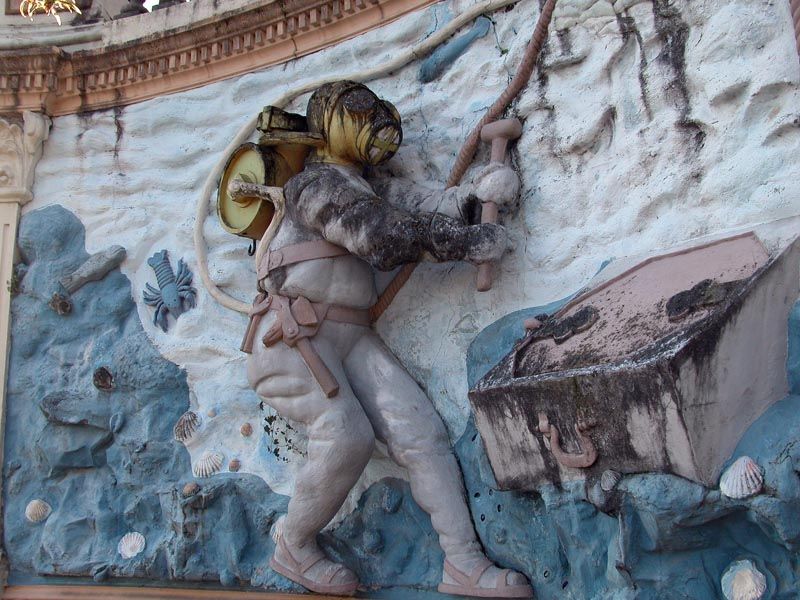 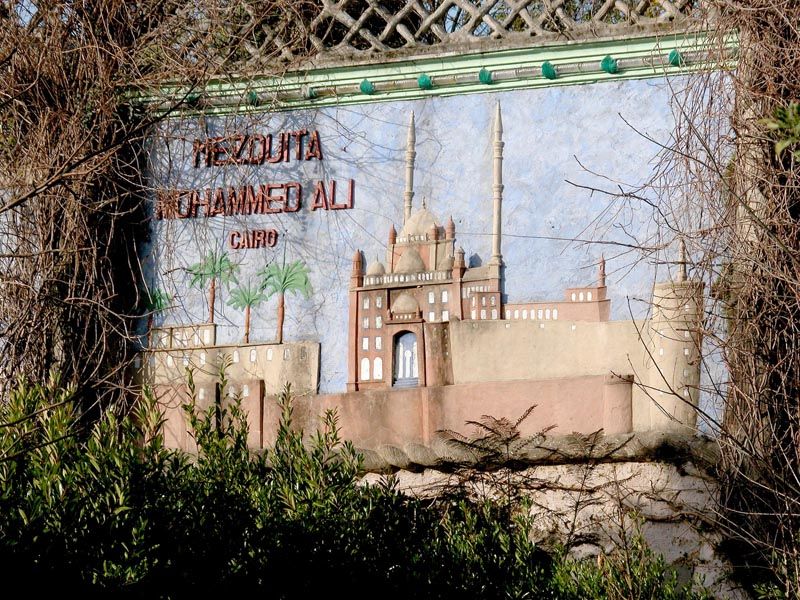 This project was designed by the eldest of the Garcia Naveira brothers who, on his return from Argentina, decided to invest part of his immense fortune in a series of benefic works in Betanzos, his home town.

The total surface of the park was 9 hectares of which only one remains, known today as the enciclopaedic park. The other 8 belonged to the garden that covered the flat area of the property.

This park had a social and economic purpose, providing work for the unemployed and at the same time helping to maintain the old people’s home.

Apart from this, the park had a purely didactic purpose, very fashionable at the beginning of the XXth century, to exhibit the latest technological discoveries (the most clever aquatic inventions, dirigibles, a diver suit, an airplane…); exotic and distant sights (the Chinese Wall, the Mosque of Mohammed-Ali, the Panama Canal…); fabulous reproductions of lions, dromedaries, rhinoceroses, hippopotamuses, camels…; scenes of ancient history and mythology (the Roman Circus, the sacrifice of Tupac Amaru…), without forgetting of course the small collections of different plants and animals.

In the 1920’s the Pasatempo appeared in numerous European tourist guides as a must for travellers and pilgrims walking the Camino de Santiago.

It greatly deteriorated between 1930 and 1986. In this latter year the land was bought up by the Town Hall.

Although it can never be as it was 100 years ago, the charm of another period and the effort of a man to help and show all he had seen on his travels still remains.