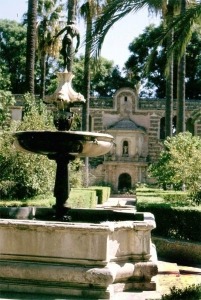 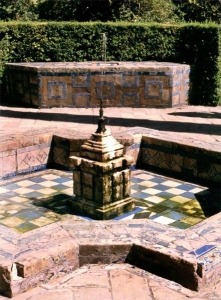 These gardens can be found at the historical centre of Sevilla, between walls built by the almohad arabs at the end of the XII century.

Although they have not lost their old character, the layout and contents have changed over the years, as they were made to respond to the wishes of successive generations of monarchs. For instance, the work done around the year 1350 by King don Pedro is outstanding, for he created a palace that is considered one of the finest examples of Mudejar Art, while two centuries later the Emperor Carlos V, under the influence of the Italian Renaissance, transformed a large part of the Islamic gardens and orchards, giving them an even great splendour, and enriching them with new buildings and water displays.