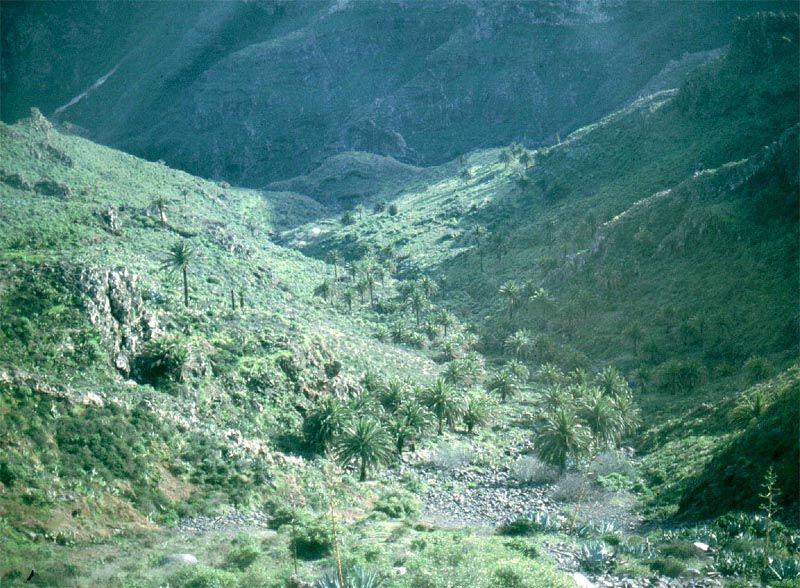 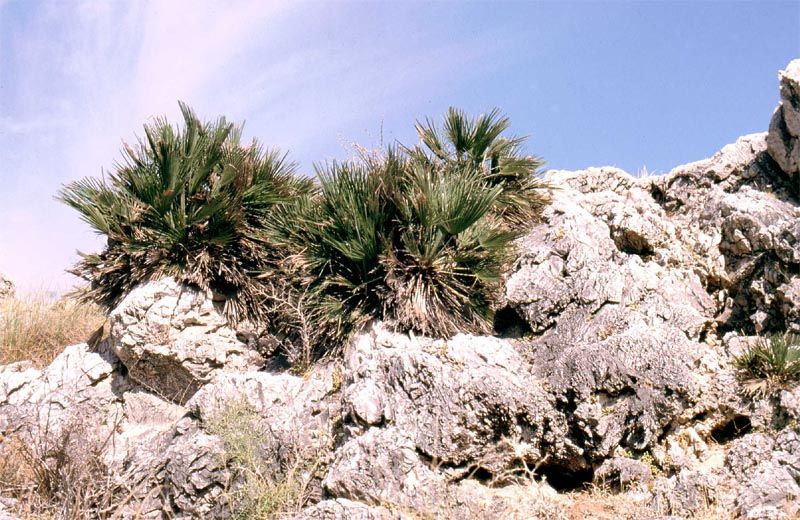 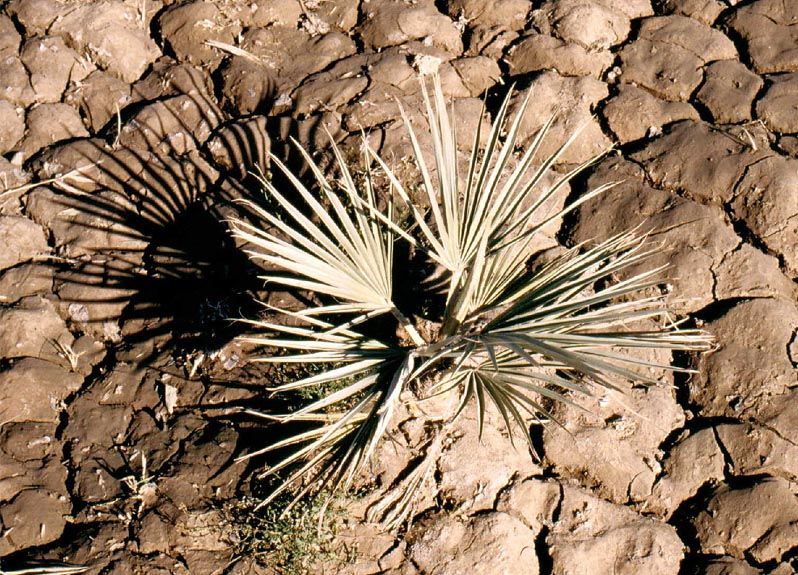 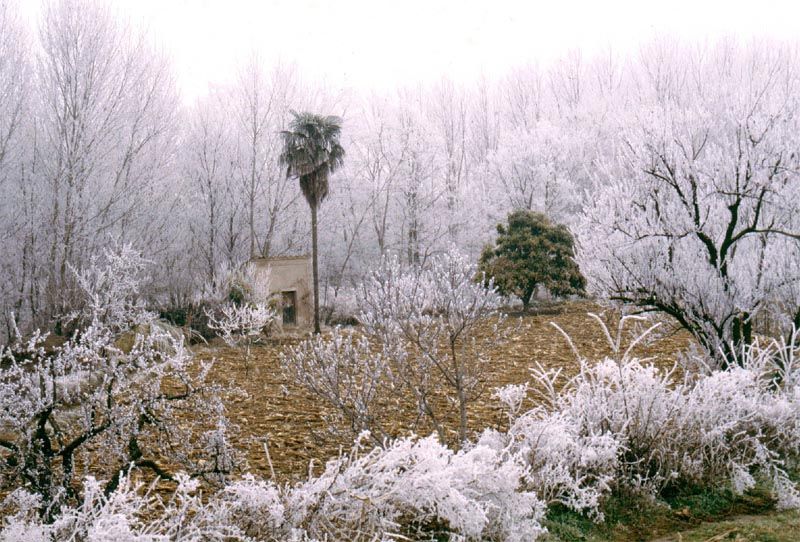 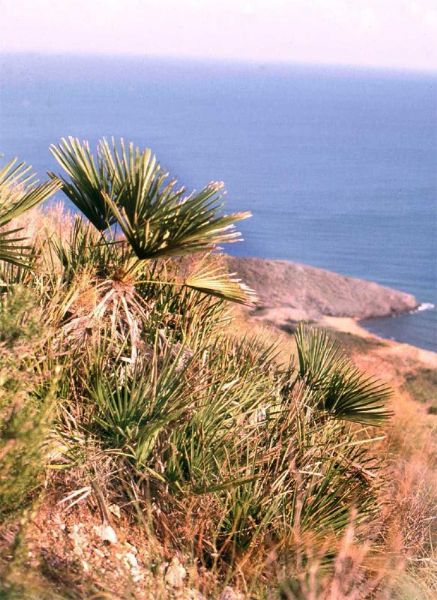 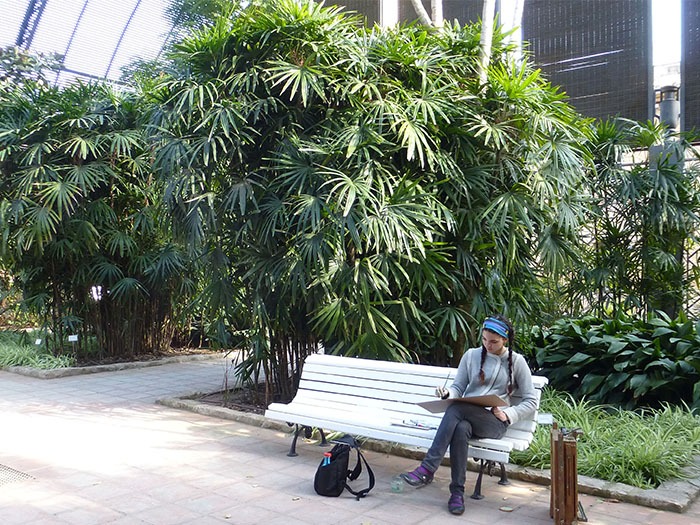 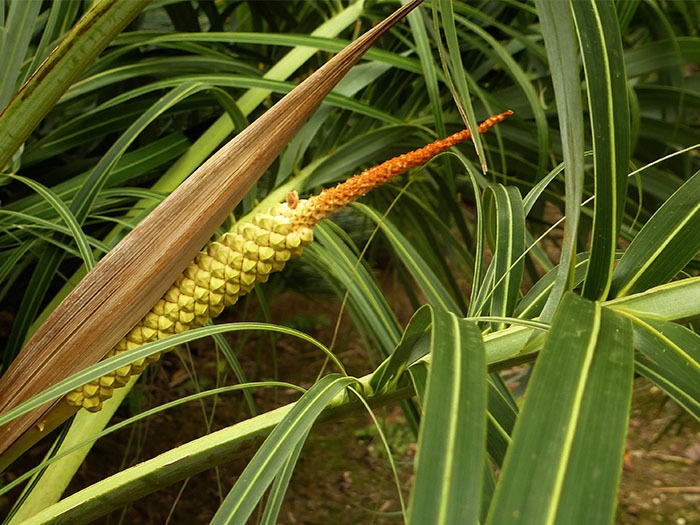 When choosing a particular palm or group of palms for a specific place, we should consider:

Palms can grow on a great variety of soils, although on the whole they prefer well-drained soil. Rich, neutral or slightly acid is ideal if the palms are from moist rainforests, and poor soil will generally suffice if they are from desert type areas, or places that have seasonal periods of drought.

Clay soils are cold, which make it difficult for the roots to respire, no matter whether the soil be damp or dry. On the other hand, excessively sandy soils have the disadvantage of not retaining water well, and of being nutritionally poor. In both cases, the best way to improve their quality is by regular and abundant application of organic material.

An excess of calcium in the soil, although not a problem for a great many species can, in some palms, block the absorption of certain minerals, such as iron, magnesium, manganese and zinc, creating chlorosis and nutritional deficiencies.

Many palms are difficult to establish in saline soils, which lack structure. First of all, necrosis appears in the leaflets or segments of the older leaves; the new leaves emerge chlorotic, the roots die off and the plant shows stunted growth.

Improvement of saline soils can only be partly achieved by plenty of watering -do not allow the soil to dry out completely, in order that some of the salt can be washed away- and by giving it organic material in the region of 40 tons of manure per hectare, and applying fertilizers such as superphosphate of lime and nitrosulphate of ammonia.

Some palms only prosper in areas where the temperature rarely exceeds 25ºC (77ºF) and oscillations are minimal, as in the case of Ceroxylon andicola which appears on humid hillsides in the Andes, stretching from Colombia to Venezuela. But, on the whole, low temperatures are the chief limiting factor in cultivating palm outdoors.

When it is cold, not only is root activity reduced, but also translocation and growth in general. It is weakened and made more susceptible to diseases.

When low temperatures are experienced in winter, palms can lose their leaves and be very affected for the whole of the season. On the other hand, leaves that have not yet opened and do not appear damaged (ie. necrotic spots or deformations) can show evidence of having been harmed the following Spring or summer. The trunk will also be smaller in diameter than it should be, although this might not be apparent for a few years.

In actual fact it is difficult to determine the true resistance of palms to low temperatures, as there are so many aspects to consider:

Solitary palm trees are always capable of regeneration, as long as the growth apex has not suffered. On the other hand, clustering palms may lose all the upper part of the plant, but put out new shoots from the base if its root system has not been too adversely affected.

As a precaution against the possibility of freezing temperatures, potassium sulphate should be added to the soil in autumn, to harden off the plants, and/or manganese sulphate, to prevent as far as possible a deficiency of this mineral caused by the limited activity of the roots in winter.

The soil can be covered by a thick layer of mulch in order to protect the roots. Small ‘greenhouses’ can be constructed around the younger palms, to protect them from the wind, and to increase the temperature during the day. You can even tie up the leaves and cover them with sacking or transparent plastic, taking care that excess humidity does not build up inside and removing the covering when the temperatures increase.

Fungicide treatment is recommended in the weeks following the freezing weather, using products such as copper hydroxide and Maneb or Benomilo and Captan, 50% of each mixed. This should be repeated after 7-10 days. Cupric mixtures can be used even before the commencement of very cold weather, with the purpose of reducing the bacterial colony, but care should be taken not to repeat this treatement more than twice, otherwise problems of phitotoxicity could arise.

Equally important is the pulverisation of leaves in spring and summer with manganese and microelements (A.R. Chase & T.K. Broschat, 1991).

Winds and proximity to the sea:

The special nature of their trunks make palms incredibly flexible and resistent to strong winds, and species such as Dictyosperma album even manage to stand up to hurricanes, though they lose all their foliage.

However, situations protected from the wind are always preferible if we wish to achieve beautiful examples. Rhapis excelsa and many other species have fragile leaves and are susceptible to dehydratation.

When palms are near the sea, the wind deposits salt on their leaves, damaging them and causing necrosis. However, Allagoptera arenaria, Coccothrinax argentata, Chamaerops humilis, and some others species can be found facing the sea, in their places of origin.

If we do not want to make a mistake when choosing a species, then we must also take into account dry winds. Thick and waxy leaves indicate their adaptability to these conditions.

Degree of exposure to the sun:

Many palms prefer sunny positions from the start to achieve maximum growth, or some sun at least, when they are fully grown. The species which require only shade are those that grow in their habitat in places sheltered from the sun, and they do not grow very tall (Reinhardtia elegans, etc.).