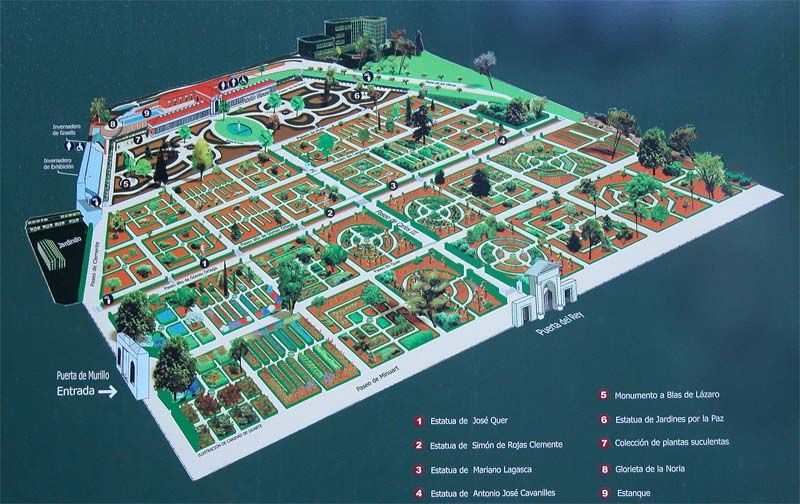 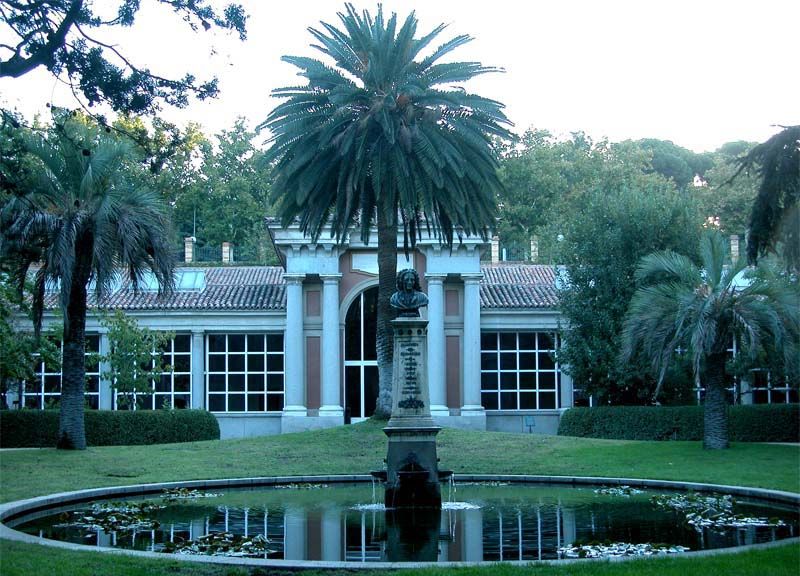 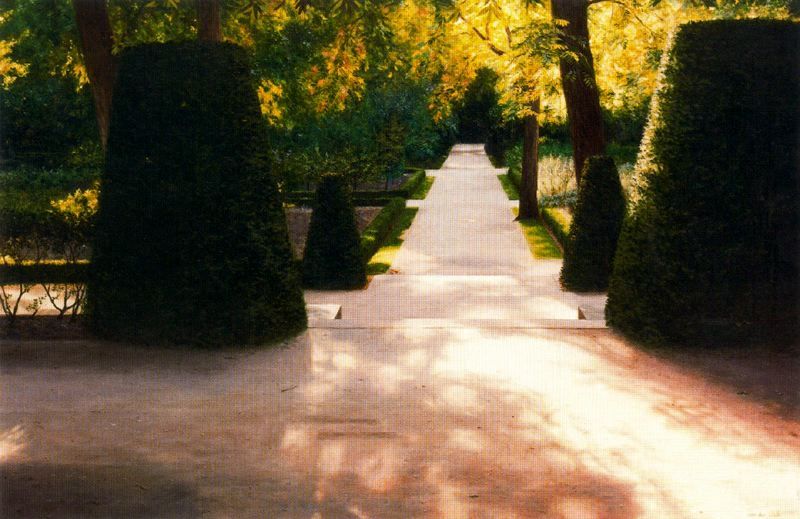 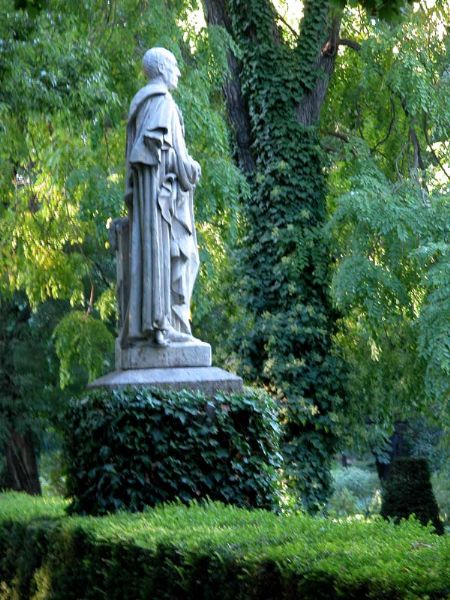 The first Royal Botanical Garden of Madrid was created in 1755 on the banks of the Manzanares with over 2000 plants, collected by the surgeon and botanist José Quer.

But Carlos III gave instructions to relocate it to its present site in the Paseo del Prado and it was opened in 1781, as a part of what was called the Colina de las Ciencias (Hill of Science).

Right from the beginning the study of Botany was encouraged, expeditions to America and to the Pacific were backed, drawings of large plant collections were ordered and important herbariums were gathered to exemplify new species for Science.

During this period the plants were ordered following the Linneus method, the three terraces, the wrought iron railing that surrounds the garden, the tunneled-trellis, and the greenhouse called Pabellón Villanueva were built. Most of this design remains today as well as some of the trees planted at that time.

During the last part of the XIX Century and most of the XX Century, the garden was reduced in size, lost some of its trees, and suffered from the shortage of water and money. All this led to long periods of decline due fundamentally to a different outlook regarding the importance of science in general and botany in particular, which caused the final closure in 1974. The garden was reopened in 1981, coinciding with its second centenary.

The Garden is very much enclosed, having plenty of shady areas which give it an atmosphere of calmness making it difficult to realise we are in the centre of Madrid.

Of the three terraces that make up the Botanical Garden, the lowest is the so called Terrace of the Squares. The ornamental, medicinal, aromatic and native plant collections are there, as well as the vegetable garden.

The next terrace is called the Terrace of the Botanical Schools, where the taxonomic collection of plants is located. Here the visitor can see a whole range from the plant kingdom, from the oldest to the newest plants.

The Terrace of the Flower Plane is the oldest of the garden and was redesigned in the XIX Century. The Pabellón Villanueva is located in the centre of this terrace as well as two greenhouses in the north, one called of Graells and the other new one called of Exibition.